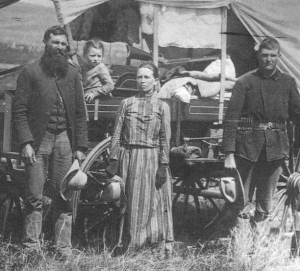 Guess what. You aren't any of these people.

Over the weekend, I read two blog posts that fired up my synapses: “This Has Never Been Done Before!” on literary agent Nathan Bransford’s blog and “Word Count for Novels and Children’s Books: The Definitive Post” on Chuck Sambuchino’s Guide to Literary Agents blog.

While not on the same subject, these two posts got me thinking about what works and what sells (“the norm”), grammar/formatting/submission guidelines (“the rules”), and how closely one should follow these things.

This summer, some individuals critiqued my YA manuscript.  Two critiquers echoed a concern I’d had about the time span I used in the story.  (It originally took place from a girl’s sophomore year of high school through her college graduation.)

Prior to these critiques, a friend of mine read my book for fun and liked the fact that it spanned this amount of time.  She said, quite rightly, that one doesn’t generally see many books out there of similar subject matter for girls in the 18-24-year-old age range unless they fall under chick lit.  She, therefore, concluded that my book would stand out because mine did.

This tugged at my gut a bit.  She was right.  Young adult literature is geared toward 12 and up, but the “up” doesn’t typically reach college age—my manuscript would stand out.  But did I want it to stand out for that reason?  If there’s no market for that age group or if that age group doesn’t really fit into that genre, shouldn’t I change it?

Of course, as any writer who has worked on a manuscript for a few years and who thought she was ready to query, I thought, Ugh.  I want to query now!

So this brought me to a dilemma: Do I overhaul it *one more time* (groan) and get it to conform more to the conventions of what’s already out there in YA lit in terms of time span, or do I forge ahead with what I already have and become a pioneer for an under-represented age group?

This was part of the reason I sought critiques.  I figured, if no one noticed the things the voices in my head said agents might red flag, then I’d give it a go and query right away.  But when two reviewers mentioned it, that tugging in my gut became more of a yanking.  If two people I respect as writers brought it up, literary agents would undoubtedly as well.

So that is where I am right now.  Overhauling one more time.  I believe in my writing ability, but I am not about to declare myself a pioneer and use that as an excuse to do whatever I want.  That’s just stupid.

Although you don’t want to write a cookie-cutter story, if you want to sell what you write, then stick to what works.  Stick to what sells.  If there isn’t a market for what you’re writing, there’s probably a reason.  Once you’ve been published and have sold tens of thousands of copies of your book, then maybe you can try to write that fantasy-romance hybrid geared toward men over 70, but keep it in your drawer for now.

I have quite a lot more to say about “the rules” and “the norm.”  Stay tuned for Part II. 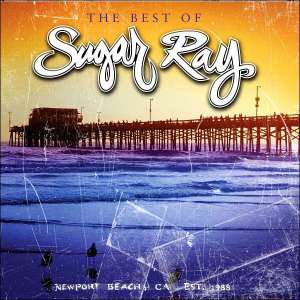 Sugar Ray only started doing well when they released more conventional music. Not that you want to be the literary equivalent of Sugar Ray...but they made some cash in their heyday, so who are we to judge?

2 thoughts on “Getting Your Work Read & Represented–Part I: You Are Not a Pioneer; Deal with It”