“You Have a Question?  I Have an Answer” is a feature that answers real questions from real writers.

I’ve been told my WIP is too long.  I am currently trying to decide if I should edit it down to more agent-friendly word count or split it into two books.  The trouble is, if I were to split it, the first book would end on a such a cliffhanger that it would most certainly require a sequel.  I just don’t think it would stand alone.  That said, what are your thoughts on querying a series?

A: Thanks for the question!

In terms of ending on a cliffhanger, I can see how that might be tough to hook an agent as a stand-alone novel.  The first thing I’d say is—certainly—splitting a longer manuscript into two books isn’t going to be as simple as pasting half into one Word document and half into another.

Doing the splits with your manuscript isn't easy!

I’ve talked about this before on the blog: You’ve got to have two plots, or arcs—and you’ll want to make sure the first one is resolved because, in a series, each book must be able to stand on its own.  You also need to make sure you have an overarching arc that lends itself to a sequel or two.

As far as querying a series is concerned, you most likely don’t want to tell agents it’s a series.  Not yet.  Most agents don’t want to know you’ve got a seven-book series in the works when you query them because they want to be convinced the first is worth their time. 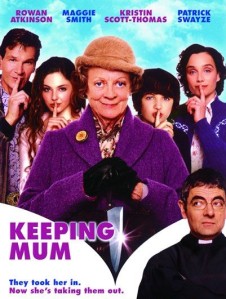 Being that there are this many stars in this movie and no one's ever heard of it (have they??) you'd thinking keeping mum wouldn't be a good idea. But in terms of querying a series, it is.

HOWEVER, when Suzi Agent is interested in your book and trends toward offering representation, she will ask you what else you’re working on—usually by way of a phone call—and that would be the time to spill.

Waiting until this conversation for the sequel/series reveal will work for you in a few ways.

First, it shows you’re savvy—you didn’t bombard her with grandiose plans of your multimillion-dollar series, like so many amateurs do.  Nope—you did what you had to do in order to ensure the first book was submission ready.  Go, you! And that tells her you’ve most likely been (or will be) just as careful in developing the rest of the books as you were with book 1.

As well, it shows you’re a hard worker.  Plotting out a series isn’t easy.  If you’ve got the chops to do something like that, it demonstrates you’re serious and tough—definitely in the top 10 requirements for being a novelist.

Hope this helps—and good luck with however you decide to handle your sitch! 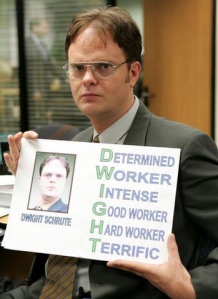 2 thoughts on “You Have a Question? I Have an Answer: Should You Query a Series?”