“The Straight Dope” highlights common grammatical errors—so you can stop looking dopey when you do these things incorrectly. 🙂 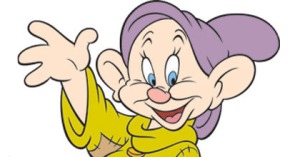 Please note: Unless otherwise specified, these are the proper grammar and formatting rules according to Chicago style—the style in which you should be writing if you’re writing fiction—and some nonfiction.  (So don’t give me a laundry list of reasons why some other way is correct. It *might be*, in AP style or APA style or MLA formatting . . . but that’s not what I’m talking about.)

I have been a bit MIA this week, as I’ve been hard at work buying and wrapping presents, labeling them, writing out holiday cards to family and friends, etc.  And I saw a grammar lesson from which many people could benefit: pluralizing names.

I decided to embrace the grammatically correct versions of labeling and addressing—even if the end result looked weird.  Hey—it doesn’t take much to amuse me! 🙂

Rule 1: Add “s” to the end of a singular noun to make it plural.

So, when I made out a Christmas card to my parents, I wrote The Geralds on the envelope, because their last name is Gerald. More than one Gerald—so you just add an S.

To use a regular ol’ noun: if you are referring to more than one dog, write dogs.

That means, when I made my Christmas card to my in-laws, I wrote The Schultzes on the envelope, because Schultz ends in Z (duh), and the card was being addressed to more than one Schultz.

For my great aunt & uncle:  The Coxes

For some friends: The Hobbses (This one was perhaps my favorite to write out because it looks kind of bizarro.  Love it! Why write The Hobbs Family? Go for the awkward but correct way, I say!) 🙂

**I used to love to freak out my students by telling them that Flores would be Floreses, James would be Jameses—which is technically correct.  However you never see these because:

A)  People do it incorrectly.

B)  It looks so awkward that people assume it’s incorrect . . . and then do it incorrectly.

However, I say, dare to be awkwardly grammatically correct, people! Let the Jameses see their plural the way the grammar gods intended!

Rule 3:  When a singular noun ends in a Y, drop the Y and add IE before adding the S to make a plural.***

***As far as I can tell, this does not apply with names/proper nouns.  Therefore, I didn’t write out my best friends’ family’s card to The Dougherties—rather, The Doughertys.

Sorry I had to shout, but this is shout-worthy.  Too many people do this.

Apostrophes show possession, people—not plurals.  I’ll do another “Straight Dope” on plurals where we cover plural possessives all in good time, my dears.  🙂

Until then, Season’s Greetings!