Whenever you talk to writers, at some point, the conversation inevitably steers itself to: “What’s your manuscript about?”

And then one hears about the misunderstood girl who is in love with a zombie-werewolf hybrid, the guy who can’t wait to get married, the couple who loses their home, etc.

And then I wanna go: “Yeah . . . but what’s the plot?” Because all those things are concepts.  Situations. 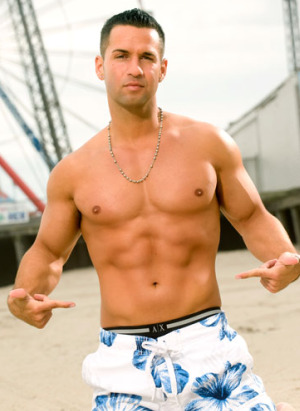 Not this one, thank God.

Let me say that again, now that you’re done looking at the Situation:

By plot, I mean the main thread the MC (main character) has to follow.  The quest.  There must be a conflict.  And if you don’t have these things, you don’t have a plot.

I’ve been thinking a lot about this lately because I’ve been doing a lot of critiquing/editing as well as trying to finish my WIP (work in progress), and it’s come up.

Yes, Harry Potter is about a boy who finds out he’s a wizard and the trials and tribulations that go along with that. Self-discovery, blah blah blah. However, while that factors in to the plot, that alone is not enough to sustain a novel.  There must be some sort of journey the character has to go on.

Point is, each book has its own plot.  And while Harry’s situation—the fact that he’s a wizard and “the boy who lived” and all that—helps him through the plot, it is but a small factor.

Here’s a blog post wherein I did a complete breakdown of the arc of the first Harry Potter book.

Bottom line: Each book must follow its own dramatic arc.  And if you can’t figure it out, then there’s probably no plot—or it’s not strong enough.

Here is what my whiteboard looks like at the moment:

You're just looking at the purple line - don't worry!

Scared yet?  (You: That’s the most jacked-up dramatic arc I’ve ever seen!)

You may have noticed my ‘roided-up dramatic arc* has a few extra humps.  What I’ve done here is take the regular dramatic arc (exposition, conflict, rising action, climax, falling action, and resolution) and mesh it with Blake Snyder’s 15 beats of the three-act structure of every successful story** (opening image, setup, theme, catalyst, debate, break into II, B-story, fun & games, midpoint, bad guys close in, all is lost, dark night of the soul, break into III, finale, and final image).

Snyder’s structure follows the regular dramatic arc, but it does a more thorough job of establishing what author David L. Robbins would call “bases” by breaking things down even further.

For example, while Snyder’s “opening image” and “setup” fit nicely where “exposition” sits on the dramatic arc everyone learns in fifth grade Language Arts, I wouldn’t necessarily say Snyder’s “catalyst” is the same as the “conflict.”

To me, the “catalyst” or “inciting incident” (or whatever you want to call it) is the thing that sparks some change in the main MC’s life.  [Harry P. gets the owl post/learns he’s a wizard]

But that’s *not* really the same thing as the “conflict” of the story, which is the actual thing that sets the plot in motion. Here is what I wrote for “conflict” in the HP#1 plot breakdown post I linked to above:

And I would agree (it’s always nice when I agree with myself!) now.  The “plot” of HP1 has to do with finding the Sorcerer’s Stone—and, actually, that also helps the overarching plot of the entire series, which is defeating Voldemort. The “conflict” is, the stone is missing, yo—and it’s up to Harry & his posse to find out who has it and get it back.

I’m not trying to say that writing a book is as mechanical as following a formula—of course it’s not.  Your characters always surprise you, and you always change things.  But if you take a look at these things—study them a bit and apply the concepts to your own WIPs—you’ll have an easier go of the initial planning and writing of your book if you figure out the bare bones of your story and they follow the arc.

It will help you with pitching and querying too, because agents and editors want to know the situation AND the plot . . .

***I’m not saying plot yourself silly.  I am with David L. Robbins and his “baseball writing” on that one.  But if you’ve got all these ingredients *before* you write, you’re pretty much guaranteed a tight plot and a satisfying story. 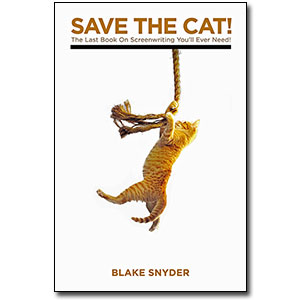 When I began editing my manuscript, a friend of mine put me in touch with Blake Snyder’s screenwriting book, SAVE THE CAT: The Last Book on Screenwriting that You’ll Ever Need.  In it, Snyder details the 15 beats of the three-act structure essential to any successful plot.

Since reading the book, it’s been difficult for me not to analyze every movie I see or book I read in terms of this structure, and I now “beat out” all my plots to make sure my stories are going somewhere.

Being that it’s Christmas week, being that I saw some of my former students over the weekend, and being that I just watched what—IMHO—is the greatest movie of all time, I thought I’d nerd it up a bit and beat out Frank Capra’s It’s A Wonderful Life.  And I do believe this may become somewhat of a regular feature, here on the blog.

The movie opens with a view of a snowy Bedford Falls on Christmas Eve and the voiceovers of many people asking for prayers for the movie’s hero, George Bailey.  Two angels discuss the fact that they’re going to need to send someone down to keep George from throwing away “God’s greatest gift”—life—and they call upon George’s guardian angel, Clarence Oddbody, who hasn’t yet earned his wings.

The theme occurs when George discusses his future with his father.  Peter Bailey wants George to take stay on at the Bailey Building and Loan (the family business), and George wants to go to college—go exploring—travel—build things—do something important.

The theme is stated when Peter Bailey says of their business of loaning families the money to build homes: “I feel like, in a small way, we’re doing something important.”

George doesn’t quite agree or understand this at the moment, and his journey to discovering it is what the movie is about.

The angels watch George grow up from a boy and Clarence learns what kind of person he is:

After the graduation, his father suffers a stroke and subsequently dies, so George postpones college to sort out things with the Bailey Building and Loan.  He is about to leave for school when the board of directors say that they will only keep the institution alive if George stays on to run things.

George gives his college money to his brother Harry and holds down the fort in Bedford Falls.  The deal is, Harry is supposed to come back from college and take over so George can finally live his life, but the younger Bailey boy comes back with a wife—and a job offer from her father.

George’s mother suggests he visit Mary Hatch—that she has all the answers for him.  He procrastinates for a bit and is gruff when he finally goes to see her because settling down with Mary means staying in Bedford Falls and never getting to fulfill his dreams.

George succumbs to his love for Mary as they both talk on the same phone to his childhood friend and Mary’s sort-of boyfriend, Sam Wainwright, who is successful and living in New York and has offered George a job.

This is the love story between George and Mary and the kind of life they lead. George’s brother Harry and his friend Sam have success, but he loves Mary and the two of them build a quaint little life in Bedford Falls.

"Aaaaaand dance by the light of the moon!"

This is the rapid sequence of events that shows the years going by:

Within Act II, George and Mary get married.  They’re about to embark on their honeymoon—on a trip to Europe and many of the countries to which George has always wanted to go.

“We’re going to shoot the works! A whole week in New York, then Bermuda. The highest hotels, the oldest champagne, the richest caviar, the hottest music, and the prettiest wife!”

On the way to their honeymoon, they notice a commotion outside the bank, and George discovers a bank run.  Potter takes over the bank, and Mary helps George save the Building and Loan by using their honeymoon money to tide over their shareholders until the bank reopens.

As well, after the war, when George has proven himself a threat to Potter because his is the only business in town the old man can’t control, Potter offers him a job.  For a second, George considers the generous salary Potter has offered him and what it will do for his family, but when they shake hands, George realizes this is a deal with the devil, and refuses—and thus makes an even worse enemy of the powerful man.

(To Potter) "In the vast configuration of things, I'd say you're nothing but a scurvy little spider!" (To Potter's assistant) "And that goes for YOU, too!"

On Christmas Eve, George’s business partner, his uncle Billy, misplaces an $8000 Building and Loan deposit—he accidentally folds it into a newspaper, bearing the headline about Harry Bailey winning the Congressional Medal of Honor, that he waved under Potter’s nose.  Potter realizes Uncle Billy’s error, but instead of returning the money, he keeps it.

When Uncle Billy tells George he lost the money, they retrace his steps—only to find nothing.

George returns home and snaps at Mary and the kids.  He kicks over a table with a model bridge on it—a reminder of his forgotten dreams of traveling and building things—and he realizes he has hit rock bottom when he turns to his stunned family.

Dark Night of the Soul

Realizing there is no alternative to replacing the money, George goes to Potter and grovels, offering him a $15,000 life insurance policy with $500 equity in it, but Potter mocks him.

“You’re worth more dead than alive.”

George goes to Martini’s bar. When the husband of his daughter’s teacher (whom George berated on the phone) slugs him in the jaw, George leaves the bar and contemplates suicide on a snowy bridge.

His guardian angel, Clarence, appears and takes George on a reverse Christmas Carol journey, showing him how much worse off his friends and family would have been had George never been born.

“Strange, isn’t it? Each man’s life touches so many other lives, and when he isn’t around he leaves an awful hole, doesn’t he?” 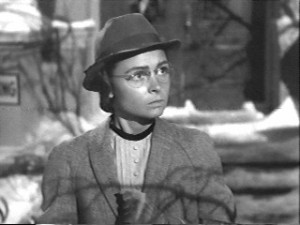 George discovers Mary is an old maid, and practically the whole town chases him away from her—Bert the cop even shoots at him—and George flees back to his spot on the bridge to find Clarence.

Clarence reverses the spell and George, ecstatic to be alive—no matter what the state of his affairs—runs through the streets.

Mary has enlisted the town’s help for her husband, and everyone comes to their aid, donating money to the man who has touched all their lives.

George discovers the edition of Tom Sawyer Clarence left for him, in which the angel has scrawled:

Remember no man is a failure who has friends. Thanks for the wings!

George’s brother Harry arrives, and offers a toast (“To my big brother, George. The richest man in town.”), and the room erupts into “Auld Lang Syne.”