“In the Blogosphere” is a weekly series, which lists links to writing-related blogs I’ve stumbled upon throughout a given week.  Most posts will be from that week, but if I find some “oldies but goodies,” I’ll throw those up here as well.

I never find as much time to read blogs as I want, but here are a few posts that struck me this week.

Science fiction writer Liana Brooks talks about a bad habit she has that I think most writers (myself included) also need help with: impatience.

If this post isn’t a kick in the pants, I don’t know what is.  On her blog, Between Fact and Fiction, upcoming young adult author Natalie Whipple explains “How to Wallow.”

Coffee has played a significant role in my days for the past several years—hell, I’ve been drinking the stuff since I was about nine years old!  Being that I’m genetically cursed when it comes to being anxious and being that the query stage of writing has kicked up those natural tendencies about 15 notches, I’m trying to cut back.  (I just bought decaf to mix with my fancy flavored coffees!)  But in honor of that bad habit, the drink I love—the drink that doesn’t always love me back—here’s The Oatmeal‘s 15(ish) Things Worth Knowing About Coffee.

From time to time, I have this bad habit, too! *doink*

This week, author and contributor to QueryTracker Elana Johnson had an awesome idea—paying it forward.  She and several other blogging authors interviewed 75 fellow authors who’ve “made it” (i.e., they’re agented, some have book deals).  Among the tons of inspirational stories these writers shared, I’m highlighting two:

Okay, so now that you’re totally inspired by those writers’ “pay it forward” interviews, what will you write?  Jonathan Morrow offers 10 tips on how to get your writing juices a’ flowing at Copyblogger. 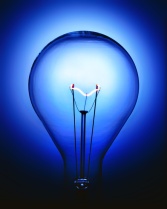 On the Will Write For Cake blog, the Joanna Stampfel-Volpe repped kids’ lit author Lynne Kelly Hoenig lists some ways she injects characters’ feelings into her writing without “telling.”

Ever wonder what those literary agents are really doing day-to-day?  FinePrint Literary‘s Suzie Townsend and Nancy Coffey Literary‘s Joanna Stampfel-Volpe fill us in on their secrets.

Finally, here’s some Venn Diagramming I can get behind.  The Great White Snark outlines the differences between the insults many of us grew up being called: nerd, dork, dweeb, and geek.