“In the Blogosphere” is a series, which lists links to writing-related blogs I’ve stumbled upon throughout a given week (usually).

I’m making one of my resolutions to be better with these blogosphere posts.  I’ve saved lots of great stuff, and it’s all definitely worth a read.

The onset of January seems to signal the big “okay” in terms of opening the query floodgates after the usual holiday standstill.  With that in mind, here are some links to help you with your queries:

I ain't afraid 'a no procrastination!

The new year is also a time to buckle down, set some goals, and get back at it.

Dr. Wicked’s Write or Die can help you do just that.

You know that whole multitasking thing you’re doing?  Here, Writing for Digital discusses how he’s thought multitasking has helped him—but he also mentions some studies that suggest it can work against creativity and productivity.  V. interesting!

One good way to be productive is to set a routine.  However, Dale Challener Roe over at Write Anything suggests you re-evaluate your regimen, to make sure you don’t get in a rut. 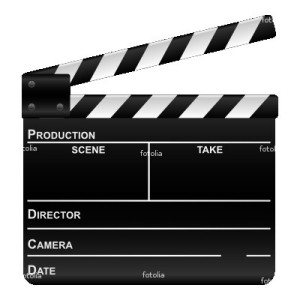 As my writing group and crit partners know, I’m quick to point out unnecessary dialogue tags.  *Ahem—most of them are unnecessary.  When you *must* tag, however, it’s better to do so through an action sentence.

Not Enough Words and Simon C. Larter agree.  Thanks, guys!

To cliff hang (at the ends of chapters) or not to cliff hang? Ray Rhamey shares his thoughts over at Writer Unboxed.

Agent of awesome Mary Kole of Andrea Brown Literary Agency answers a reader’s question about scene and chapter length as well as where to break.

Middle-grade novels are hot right now, and “boy books” are even more sought after by agents and editors.  Here, Kole discusses character and voice in MG boy books as well as touches on what author Hannah Moskowitz calls “The Boy Problem.”

Um, how creepy was that section title?

I’ve got a lot of Nathan Bransford links saved.  Here are some faves:

On her blog, author Jody Hedlund talks about self promo—without the eye-rolls.

Over at Pub Rants, Kristin Nelson of Nelson Literary provides one more question authors should ask agents before signing the big representation contract.

At Everything 2, Antonio M. D’souza (aka digitalboy) lists the 10 commandments of bad writers.

This week, it was announced that a “politically correct” version of Mark Twain’s The Adventures of Huckleberry Finn is to be released.  A former student of mine, Dan Wilbur, runs the blog Better Book Titles, and here is his answer to that. 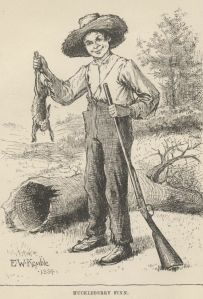 Have a great weekend, peeps!